When I decided to start this blog, I was full of ideas on topics to post. I had no clue the toughest part would be deciding what to write first. Being honest, originally, I wasn’t that excited about being involved with social media. I think some people get caught in the trappings of it too quickly and lose sight of reality. I decided I would stick with phone calls well… text messaging (lol!). So how did the woman that was not that into social media and sharing end up on Facebook, Twitter, and with a blog?

Saturday, July 23, 2016 our youngest was 6 days old. It was a beautiful hot summer day. My husband

was walking and talking with our neighbors as they headed home. They had come by to see the new baby. Heading up to her room for another feeding as we passed my husband I and asked him to check the mailbox. He came in and innocently placed a pink certified mail postcard on our kitchen counter. With no concern in his voice, as he walked into our family room and sat down, he pointed to the counter and told me we had a letter from the Sickle Cell Disease Association of America (SCDAA). He asked me to pick it up from the post office on Monday.

Knowing something had to be wrong, my heart sank to the floor. I tried to maintain my calm and not jump to conclusions. But I questioned this and mentioned to my husband that we didn’t get a letter when our oldest was born. Noticing the change in my tone and the anxiety developing, he attempted to assure me it was probably nothing. But I thought differently and couldn’t change my focus. For two days I tried to fight the anxiety and the fear as my husband tried to be strong for us both. He was trying to remain convinced that, “it’s probably nothing.” I wasn’t doing a great job of maintaining courage at all. For two nights he basically had to rock me to sleep.

Monday, July 25, 2016, I had to be one of the first 5 people in the post office line, but of course it felt like I was number 5000. With my infant sleeping in her car seat that’s hooked to my arm like glue, I raced to my car as if I was trying to win a gold medal in the 50-meter dash. I snapped my little one in her car seat and quickly jumped in the front to open the letter. I opened the letter and as I read it, my face hit the steering wheel, the tears that raced down the sides of my face won the 50-meter dash instead.

I couldn’t breathe, I was crying, but I was so devastated, I couldn’t make any sounds as I read: Your child has Sickle Cell Disease SS. SS?!? There are different kinds?! What does that mean?! I was clueless. I was not educated on Sickle Cell Disease at all. I had no idea what my daughter’s future held.

Fear and anxiety won the battle in the post office parking lot that day. Holding the steering wheel, I tried praying but nothing came out. I needed to get out of the parking lot, but I couldn’t move. I didn’t want to call my husband because he was at work and I knew I needed to get it together a bit more before I called him. So, I did the only other thing I knew to do…I called my mom. I couldn’t pray, but she could. I couldn’t talk, but she could. I couldn’t speak of courage, but she did. Somehow her strength got me all the way home.

At home our story continued. I called the number the letter instructed me to call. I would love to tell you that I made it through the call with power and control, but nope! The representative on the phone explained to me that the next step in this process was an educational session that hadn’t been scheduled yet, but was tentatively planned for August or September. She explained that they would contact us when they determined the date and time. I asked for someone to speak to now to get more information. The representative told me the person I would need to speak with, Dr. Wanda Shurney, was away at a conference and couldn’t be reached.

I knew myself well enough to know I couldn’t wait until the doctor came back from a conference next week nor until this information session that had no date. So I called my kids’ primary physician’s office. Although I found out she was out of town, the nurse promised that one of the other doctors would call me back. And, I guess that rep from the SCDAA must have known I was going to have a hard time, because within an hour, I got a call from the Michigan Chapter’s Medical Director, Dr. Wanda Shurney as well.

I had the ear of two patient and kind doctors. My family had a vacation planned and I was already cancelling it my head, but Dr. Shurney “required” me to continue to live our lives. She explained that things would be different but that they did not have to stop. She continued to “require” me to teach my daughter that she is strong and show her how to live her best life. She walked me through how to plan for our family vacation and the things I should do if complications of the disease occurred while out of town.

I know many of you have your own stories. You try every day to fight through anxiety and fear and take hold of courage and faith.

How did I end up with Facebook, Twitter, and a blog? Because these daily battles are difficult! But there’s a community of people all over the world fighting and it’s helpful not to fight on our own.

Disease and other illnesses. We’ve learned things from each other and supported one another while fighting for our kids, loved ones, and ourselves.

My youngest daughter is just as powerful as her older sister who has no illness. They are both wonderfully made. Each day we battle to take on courage and faith and more days than not, we beat out anxiety and fear.

I’ve learned that being afraid doesn’t mean defeat. I’ve learned that the definition of courage is not the absence of fear but the commitment to overcome fear. Yes, we’re all still concerned and the fear is present but we choose daily not to focus on the fear. That is called courage.

Whatever your story, let’s choose courage together. 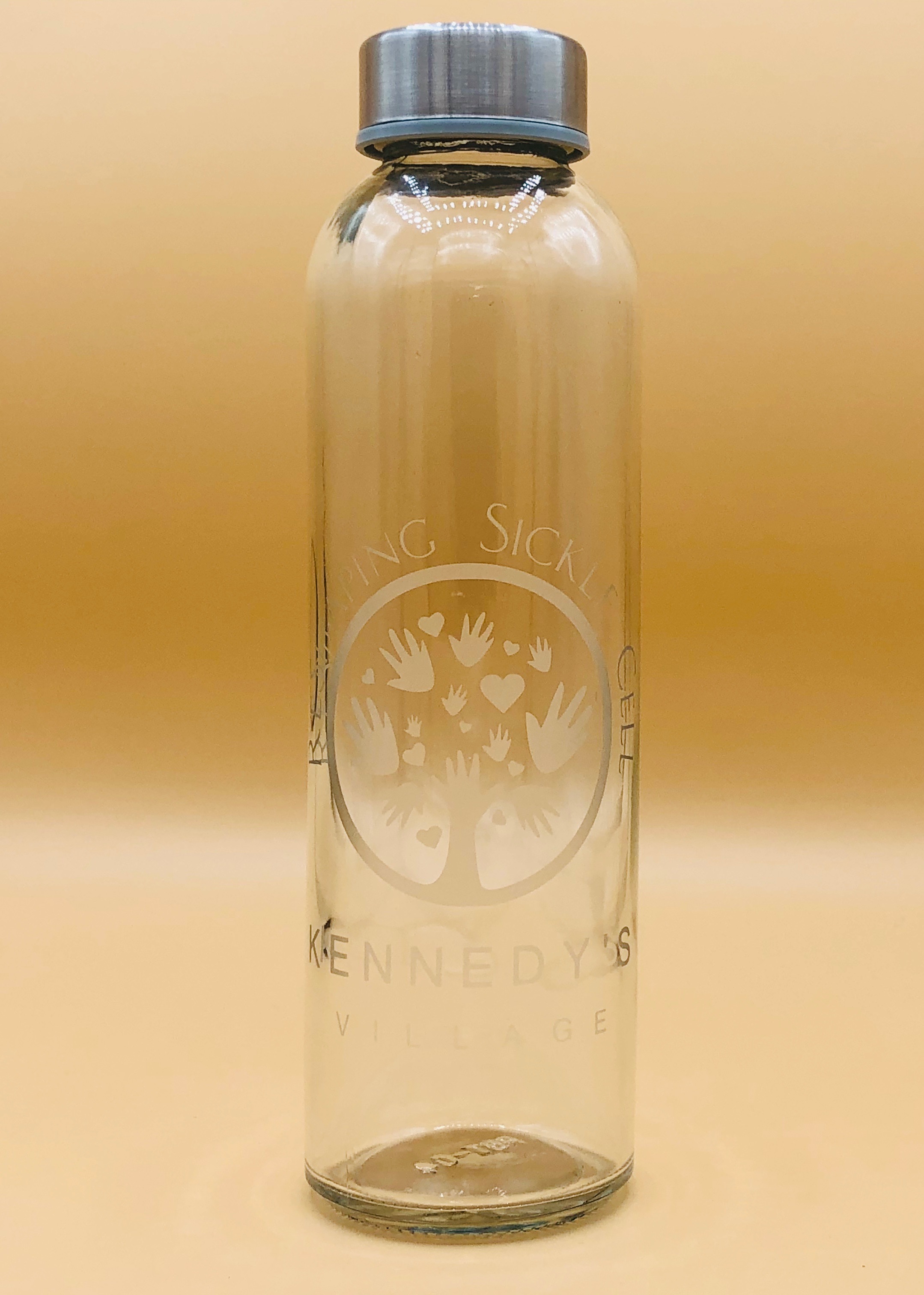